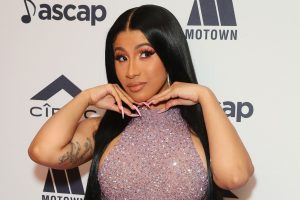 In an impromptu Instagram Live update on Saturday night (Oct. 17), the rapper said she left the social media platform this weekend because she was frustrated over tweets from followers who were criticizing her and harassing Offset.

“A whole bunch of 15-year-olds telling me how to live my life like I’m mother—-ing Ariana Grande or something,” Cardi said in her rant, “like I came from Disney or something.”

“I’m so tired that because of y’all I’ve gotta continuously explain myself,” said Cardi, who recently reconciled with Offset after filing for divorce. “I didn’t put my divorce out there, a f—ing court clerk put it out there. And because people are making rumors up, ‘Oh, this guy has a girl pregnant,’ this and that, I have to address it.”

Cardi then complained about comments her fans have left about Offset.

“You guys want to be harassing this n—-. Bro, if I work things out, why are you going to this n—-‘s Twitter to harass him? That s— don’t make no f—ing sense,” she said.

She also brought up remarks left about her recently being seen smoking a cigarette, clarifying that she was not smoking due to being stressed out about her relationship with Offset.

“I’m bored, and I was drinking on my birthday,” she explained.

“Offset is not the only f–king problem that I deal with,” Cardi said. “To be honest with you, my marriage is one of the least worries that I have right now.

“I love my fans and I’m thankful and I’m grateful for everything you do, but some of you really be acting like I sleep with ya,” she added.

Cardi B threw shade at Ariana Grande during a recent Instagram Live pic.twitter.com/LnzlNUsTdf

Other Posts : Eminem Lists Down His Top 17 Greatest Rappers Of All Time