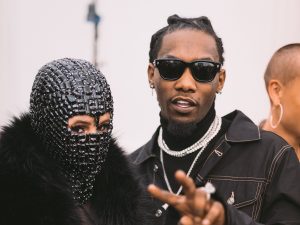 Offset Reportedly Back Together With Old Baby Mama Days After Cardi B Divorce. Just when you thought that the drama between Offset and Cardi B couldn’t get more scandalous – it just DID.

There’s been rumors that Offset DUMPED Cardi for his prettier baby mama. And the baby mama – who is also a female rapper – just dropped what many believe is a “diss track” against Cardi.

In Offset’s alleged new girlfriend, Shya L’amour’s, song – she says that his “ex-b*tch wanna to fight me.” Shya has accused Cardi in the past of trying to fight her.

Offset has been spending a lot of time with his baby’s mother Shya- ever since he and Cardi separated. Since splitting with Cardi, Offset has posted multiple pics of him, his 5 year old and Shya – making it clear that he and Shya have been meeting up.

And there’s more evidence that Offset and Shya could be back together.

Just a few minutes after Cardi announced that she was divorcing Offset – Shya posted about a past “love” coming back into her life. Look: 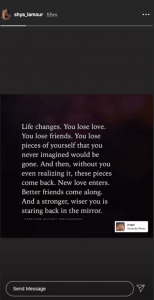 Need more evidence? Well six months ago, Shya exposed to the world that Offset had been trying to get her to have sex with him, in exchange for child support. She claimed that Cardi found out about Offset’s antics and threatened to “slap” Shya.

Here’s Shya on video exposing Cardi for trying to fight her: 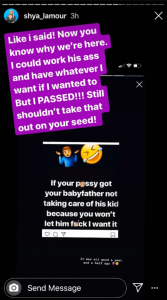 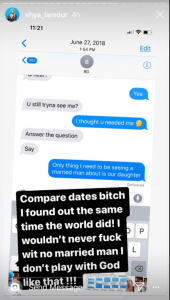 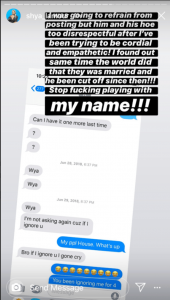 Check basextra.com for all your latest entertainment news in Ghana

Continue Reading
Advertisement
You may also like...
Related Topics:Cardi B, Offset