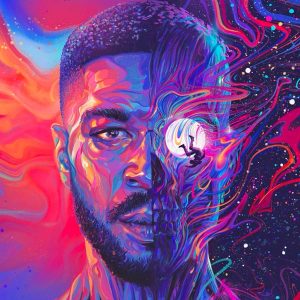 Fans have been waiting to hear a solo record from the Ohio native for four years, and on Friday (December 11), he delivered. The awaited album finds Cudi sharpening his already impressive lyrical skills—something that he told Zane Lowe was encouraged by Travis Scott.

The two rappers released their collaboration “The Scotts” back in April, and during that time, Travis motived Cudi with a simple compliment. “Before I started working on this shit I was like, my next sh*ts gotta be bars. Like I knew that. I remember Travis saying something to be about my raps.

He was just like, ‘Your raps, man. I love when you rap,'” said Cudi. He added with a laugh, “I kept that in mind. I was like, ‘Okay, like, Travis is saying my raps are good. That must be something the kids like. I’ll keep that in mind.'”

Man on the Moon III: The Chosen hosts features from Skepta, Pop Smoke, Phoebe Bridgers, and Trippie Redd. Stream Man On The Moon III and share your thoughts.