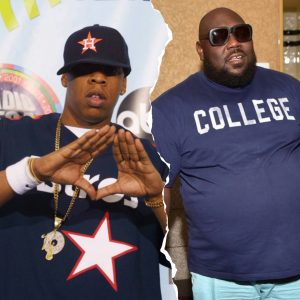 Faizon Love Calls Jay-Z A “Puppet” Who Faked Drug Dealing Lifestyle.
The actor criticized the rap mogul for glorifying a street life that Faizon claims Jay never lived because he worked in the shadows of real drug dealers.
We’ve been relentlessly covering the news of rappers losing their lives too soon over street battles and ongoing beefs that have gone too far, but Faizon Love has an idea of why things have gotten so out of control.

Since rap’s inception, gang and street life have been lyrical staples in the culture, but Faizon partially places the blame of escalating incidents of violence on Jay-Z’s shoulders. He explained that the rap mogul glorified a way of life that he allegedly wasn’t even living, causing many to follow in his “drug lord” footsteps when that lifestyle didn’t exist. 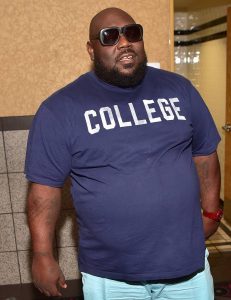 “I criticize him for it because it’s kinda his fault,” Faizon told VladTV. “Jay-Z creates this drug dealing drug lord, I’ma drug dealer, I’ma drug lord. These kids are like, ‘We gotta do it, too.’

Not knowing that this is all made up sh*t.” Vlad interrupted to add that Jay-Z was a drug dealer, but Faizon stuck to his point. Vlad also mentioned that he interviewed Jay-Z’s former street partner De-Haven, but Faizon said De-Haven was the drug dealer while Jay was just standing around “eating chips.”

“De-Haven knows the truth,” added Faizon. “Listen to me. I heard one dude say, ‘Jay-Z had so much money, drawers full of money.’ If he had so much money why does he have to go to [Kareem] Biggs [Burke] to start a record company? Just go start it yourself. All the money’s yours.” The actor added that out of “that whole crew,” Biggs was his favorite. 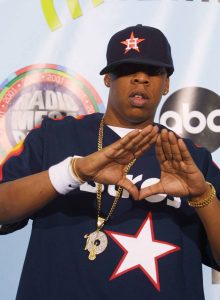 Faizon also said after learning about his behind-the-scenes information, he came to the conclusion that Jay-Z “is a puppet.” He added, “Can you imagine Jay-Z fighting somebody in the streets? Somebody slap him, taking his cocaine, what he gon’ do?” After saying that real street dudes would “go to work,” he mocked Jay-Z as if he had to call De-Haven to take care of the business for him.