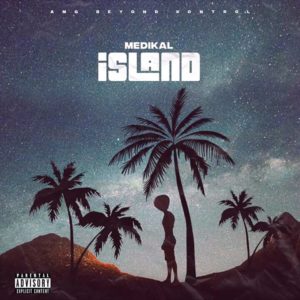 Medikal – Island EP. Ghanaian rapper Medikal serves us with this latest project dubbed Island which happens to be an EP with 9 tracks including an intro and outro. The EP is Medikal’s second career EP alongside “The Plug” which was released a year ago after successfully releasing his debut album “Disturbation“.

This new EP comes with a couple features with production mostly handled by Unclebeatz. Take a listen and pass the vibes on to friends and fellow music lovers.

Other Stories : Kanye West – Wash Us In The Blood Ft. Travis Scott