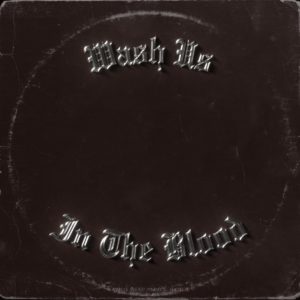 Kanye West – Wash Us In The Blood. Whenever Kanye West drops in to announce his upcoming business and music endeavors, the world tunes in and listens. This weekend, the billionaire artist and designer told the world that he was collaborating with GAP on a new collection, celebrating his full-circle moment after he initially worked at the retail shop as a teenager. In addition to that, he surprised us all with the release of the Yeezy Foam Runners and even announced some new music.

While it was expected to release yesterday, plans were changed and Kanye has officially blessed us with “Wash Us In The Blood” one day later, which was made in collaboration with Arthur Jafa.

The track was part of his mass reveal this weekend, serving as one of the sole musical elements of his announcement. It comes in advance of his forthcoming album God’s Country, which will be his tenth studio album.

A short clip of the song was previewed on June 29, featuring 10-seconds of the beat. After that dropped, everyone was interested and promised to check out the video when it arrived.

OTHER STORIES : Akademiks & 6ix9ine Reminds Meek Mill: “You’re Signed To A Cop & Managed By A Rat”