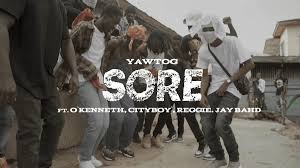 Ever since they popped up on the radar , Kumerica has been giving us treats we never asked for. Less than a week ago , O’Kenneth and Reggie released their joint Ep dubbed ‘Straight Outta Kumerica‘.

Watch the video below;