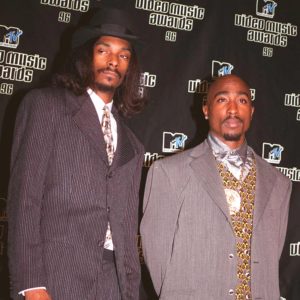 Snoop Dogg Shades Tupac In New Interview (Watch). During Snoop Dogg’s highly-anticipated appearance on “Red Table Talk” recently, many felt like he unnecessarily brought up 2Pac while explaining his own use of misogynistic lyricism.
Many of you have probably already seen Snoop Dogg’s appearance on Red Table Talk that aired today on Facebook Watch.

The reactions have mainly focused on his explanation behind that now-infamous tirade against Gayle King, but another topic that was brought up has him in hot water again for mentioning former rap associate and late music icon Tupac Shakur in a not-so-shining light. 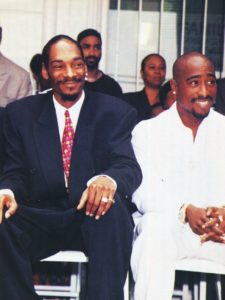 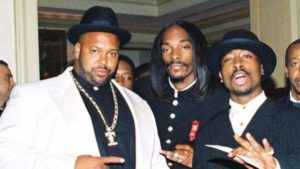 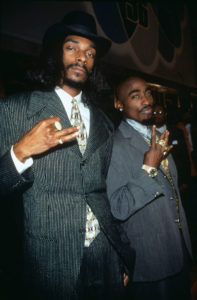 Snoop has always shown nothing but love for Pac even before his tragic death, as you can see in the photo above of both emcees together at the ’96 VMAs just days before 2Pac was shot and eventually died from his wounds. However, for some reason Snoop felt the need to bring up the All Eyez On Me rapper while defending his past use of misogynistic lyrics while speaking with Red Table Talk hosts Jada Pinkett Smith, Willow Smith and Adrienne Banfield-Jones. Snoop Dogg Shades Tupac In New Interview (Watch).

While admitting to using the words “n***a, “b*tch” and “h*e” in the past, Snoop says he felt the need to “pull back” from using those negative terms as he got older. That’s where Pac’s name got dragged into the equation, as Snoop said, “Even me and Pac got into it because he was like, he wanted me to stay gangsta. I was like, cuz, I got a baby on the way, I just beat a murder case, I have a lot to live for. He had no kids.”

After already getting flack for disrespecting Gayle after she brought up Kobe Bryant’s 2003 rape case while interviewing Lisa Leslie just a few days after the Lakers legend died in a plane crash, it just didn’t seem like a proper need to call out Pac in that nature. At the same time, we’re sure he didn’t intentionally mean anything bad towards 2Pac in what he was trying to say. Watch the clip below and let us know what you think down in the comments: Snoop Dogg Shades Tupac In New Interview (Watch).

Please tell me #SnoopDogg didnt just throw #Tupac under the bus? I can't believe this sucka randomly just threw Tupac name in a conversation he had nothing to do with! #RedTableTalk

Strongman Reveals Why He Still Haven’t Collaborated With Teephlow

Visit basextra.com for all your latest Ghanaian entertainment news