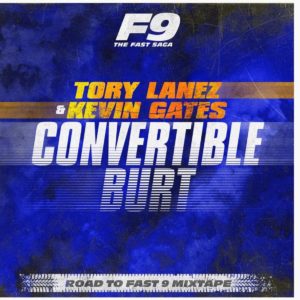 Tory Lanez & Kevin Gates join forces on “Convertible Burt” from the “Fast & Furious” soundtrack, “Road to Fast 9 Mixtape.”
They’re starting the hype around the next Fast & Furious film early. While the ninth movie in the long-running series is set for release in April 2021, the Road to Fast 9 Mixtape has already begun dropping tracks. Back in mid-June, NBA YoungBoy and Lil Baby shared their single “One Shot” from the soundtrack, and we’re ushering in July with another song, this time courtesy of Tory Lanez and Kevin Gates.

The two hitmaking artists collaborated on “Convertible Burt” from the Road to Fast 9 Mixtape project. Government officials may be closing down outside once again, but “Convertible Burt” is still a nice one to cruise to even when there is no destination planned. Stream this latest single from Tory Lanez and Kevin Gates and drop your thoughts.