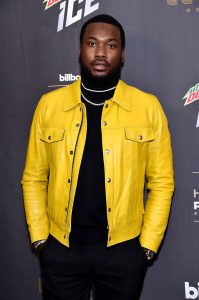 Meek Mill Caught Relative “Secretly Recording” Him During Argument. On his Instagram Story, Meek Mill shared that a recent incident with his family gave him cause for concern. “Having an argument with family and saw they were secretly recording me,” the rapper wrote on IG. “Who you letting hear it? Fame kinda ruined & changed a Lil I must admit!” Meek didn’t explain any details about the situation, but now that he’s a father whose name is constantly in the media, we’re sure he’s minding who he surrounds himself with.

In other news, Meek has been busy with his prison reform initiatives and has recently aided in the release of Juelz Santa. He also has shared that he supports the release of Corey “C-Murder” Miller, but it’s unclear is he’s directly partnering with Kim Kardashian and her legal team. Check out his post below.

Screenshots : Check Will Smith’s Furious Reaction To An Entanglement Joke On Instagram

Continue Reading
Advertisement
You may also like...
Related Topics:Meek Mill