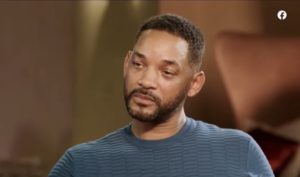 Reaction To An Entanglement Joke On Instagram. Will Smith laughs at somebody’s entanglement joke on Instagram before telling them they’re getting blocked.

Will Smith has been at the center of one of pop culture’s biggest stories in a minute: the “entanglement” drama between Jada Pinkett Smith, August Alsina, and himself.

At first, Will denied that he gave August his blessing to enter a relationship with his wife, Jada. He then joined his wife on Red Table Talk to further discuss the situation, revealing that they were all but broken up at the time of August’s infiltration into their marriage.

Now, he finds himself being clowned by critics across social media. He responded to one troll on his latest post, which shows him skipping rope from the perspective of the rope, reacting to their joke.

“Ok don’t get entangled,” laughed one person in the comments. Since he was jumping rope, Will actually had a giggle but he decided that it was time to take action regardless.

“Hahaha… Okay… I can admit it. That’s Funny,” said the legendary actor in response. “I’m definitely gonna block you. But the joke was Very Funny!”

#PressPlay: Not #WillSmith with the clapback ???????? #ClapbackSeason

Well, at least @thejibby made Will Smith laugh. He won’t ever see his posts again but, hey, gotta take the victory where you can.Screenshots : Check Will Smith’s Furious Reaction To An Entanglement Joke On Instagram.

Continue Reading
Advertisement
You may also like...
Related Topics:Will Smith