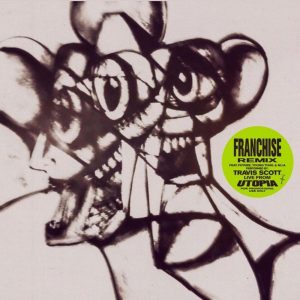 Travis Scott – Franchise (Remix) Feat. Future, Young Thug & M.I.A. It appears that Utopia, if that is the name of Travis Scott’s forthcoming album, is coming soon.

Just a little over a week after fans finally received the long-awaited “White Tee” collab with Young Thug, formally known as “Franchise,” the rapper is back with the remix enlisting Future for some assistance.

Future simply adds his sauce into the mix with an additional verse while the original verses from the songs remain. Rumors of the remix have been circulating across the Internet all week, though Trav only confirmed the track’s existence 20 minutes before releasing it.