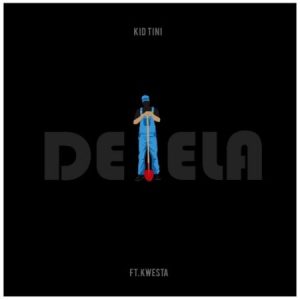 Kid Tini – Delela ft. Kwesta. Ambitiouz Entertainment presents the new single by rapper Kid Tini titled Dlela. The new single collaborates with rap veteran Kwesta who has been quiet for a minute. It is the second single in two weeks from the highly rated rapper following the release of Bazolimala last week.

The two records are thought to be out of Kid Tini’s debut studio album that’s coming up soon. Kwesta on the other hand recently dropped a two-track EP 2 Skeif and continues to assist his cohorts with hit songs with some of the most recent being The High School by The Big Hash while also recently appearing on SKHANDAWORLD’s Cold Summer. Listen to his verse on Delela down below and share.