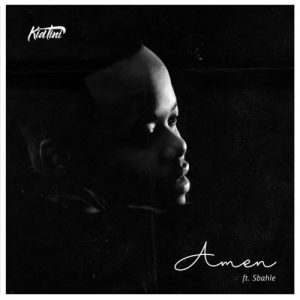 After Kid Tini came with a new freestyle song which he tagged Woo Style. Coming as the inspiration which came from Pop Smoke.

He dropped the Woo Style with respect to him which he made a cover of the song Pop Smoke’s viral hit Dior.

Dropping this song with Sbahle who recently also released her music video for Emlanjeni, which supported not ignoring or neglecting dreams, is the perfect partner for this latest Hip Hop tune.

As they both appear as a duo, they release this project to the World for the Weekend. Kid Tini – Amen ft. Sbahle.