Tupac is actually alive and this theory proves it. To many, Tupac is dead and gone whiles most people believe the rap godfather is alive somewhere hiding after faking his death but most people prefer to go by the life goes on adage and believe strongly that whether he’s dead or alive, he’s still alive in their hearts.

It’s crazy how people have come up with several theories to confirm that the rapper faked his death to get away from whatever known to him alone. A new day a new theory but this is the most convincing of them all. After going through this article you will just have nothing doing than accepting for a fact that Tupac is actually alive. 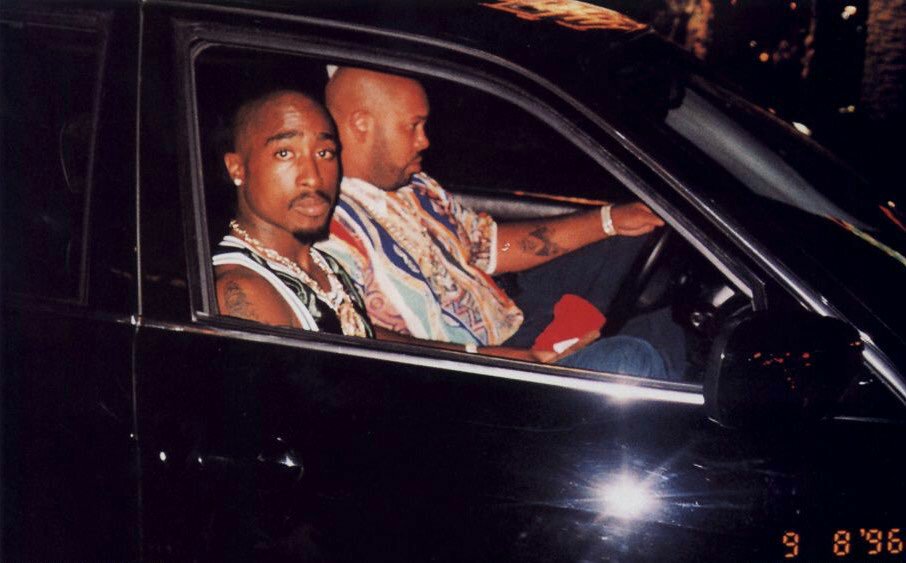 This is supposedly the last photo of Tupac. Notice anything weird?1. The date. Tupac was “killed” on September 7, 1996. The date on the photo is a day after the shooting.2. There are no keys in the ignition. The photo was supposedly taken while they were driving. First point that Tupac is actually alive 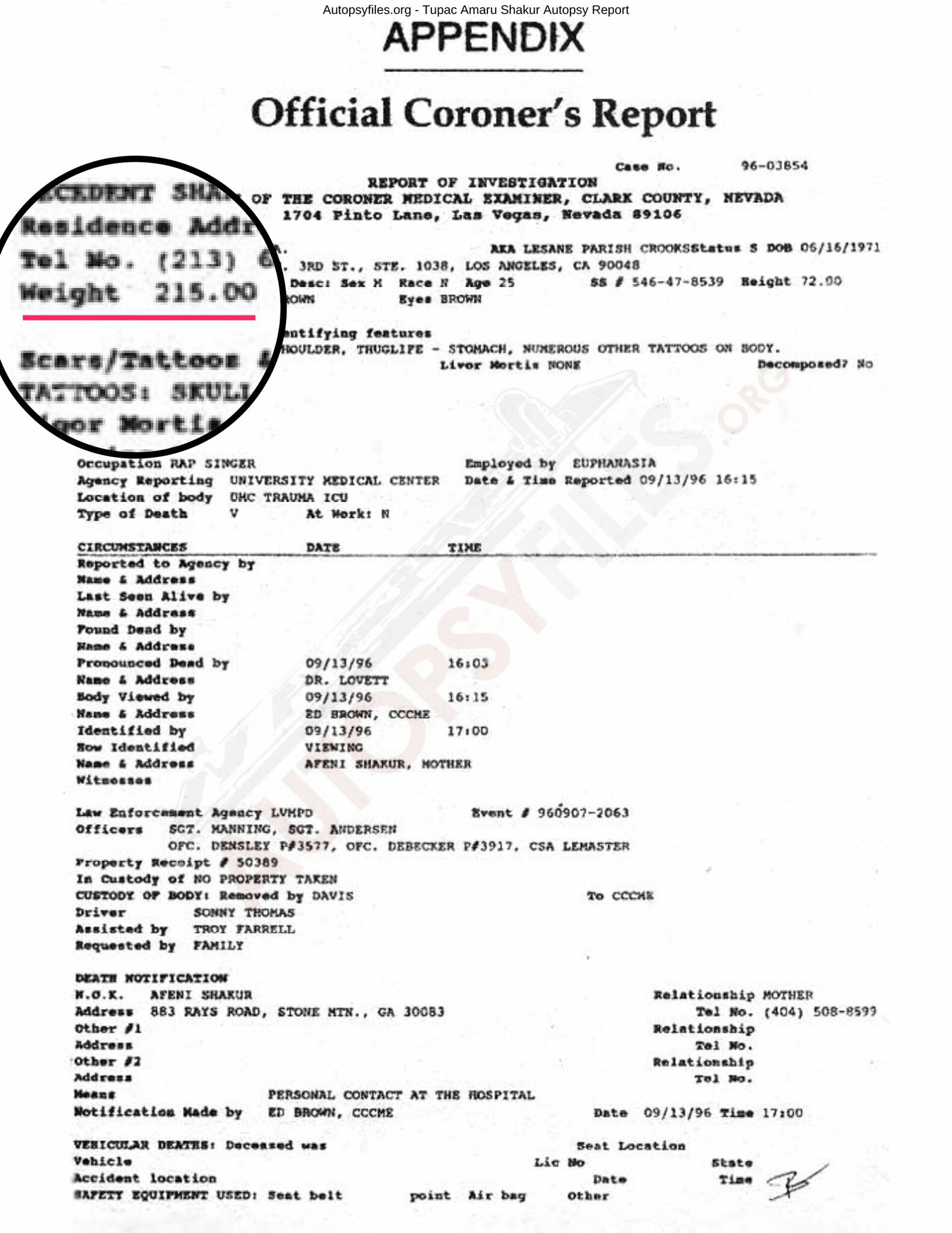 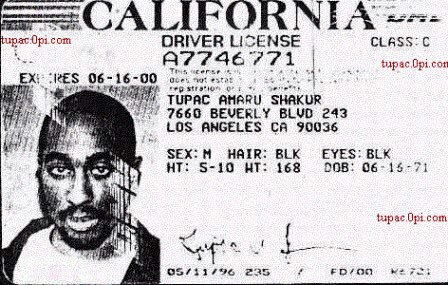 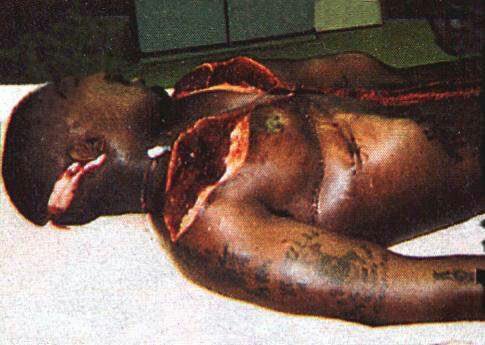 Here is Tupac’s “autopsy” photo. The wounds in this picture are consistent with makeup used in a one of Tupac’s music videos. This could mean that Tupac’s autopsy photo was fake. So Tupac is actually alive? 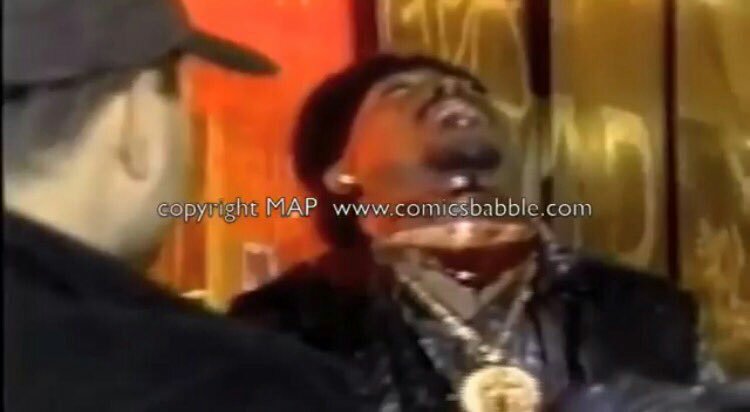 In a 2012 interview with Suge Knight, the man in the car in the last photo of Tupac, he stated that he paid the man who “cremated” Tupac $3 million dollars personally. He then goes onto say that after his cremation, he never heard from that guy ever again.

Suge said that nobody has actually seen Tupac dead and the only person who supposedly has just went off the map.

Again in the 2012 interview with Suge Knight, he hinted at the fact that Tupac was still alive. He questions why the man who committed his murder was never arrested. He then goes onto say that maybe Tupac is still alive. Suge knows of Tupac’s whereabouts. One more point that Tupac is actually alive.

In Tupac’s “God Bless the Dead,” he says in the beginning of the song “rest in peace to my mother fucking Biggie Smalls.” Why would he say this if Tupac was supposedly murdered 6 months prior to Biggie Smalls?

In a 2010 interview, a friend of Tupac and fellow rap, Treach, was asked “is Tupac still alive?” After laughing and pushing away the question, the camera is still rolling but put down. Later he goes onto answer saying “last time I saw him he was in Cuba.” Tupac is living in Cuba.

In a 2001 interview with Tupac’s former bodyguard, Frank Alexander, he stated throughout the interview that Tupac’s life was planned and that his death was pre-planned by God. 12 years later, Frank was killed by a gunshot wound to the head. Why? He spoke of Tupac’s planned death.

Suge Knight was interviewed once again in 2014.

This time he stated that Tupac is alive. Straight up said that he is alive and that he’s “out in the islands smoking a Cuban cigar.” 3 months later, Suge Knight was shot 6 times at a night club.

Two men who spoke about Tupac being alive were shot? Is that a coincidence

After Suge Knight was shot, TMZ interviewed Katt Williams in 2014. Katt stated that this shooting was not about Suge Knight. It was about Tupac. Suge has been accessible for 20 years but he was only shot after he spoke about Tupac being alive.

Katt then goes on to say “we all know whose life he saved” (referring to Suge saving Tupac.)

Now time for conspiracy theories within conspiracy theories. In all 3 synoptic gospels, Simon was the one to carry Jesus’s cross to his crucifixion. Now, Suge Knight was the producer of Tupac’s final album, “Makaveli The Don Killuminati: The 7 Day Theory.

In 1993, Tupac received a letter from the parents of a dying boy named Joshua. He flew out to Maryland to see him and take him to a basketball game. Shortly after, Tupac renamed his publishing company from “Ghetto Gospel Music” to “Joshua’s Dream.”

This was more than a fan tribute. In the Bible, Joshua dreamed about the resurrection of Jesus. Tupac was comparing himself to Jesus in the aspect that he’s gonna die and come back to life (fake his death and come back.) Tupac is actually alive?

Why? This refers to someone named Niccolo Machiavelli. Niccolo was from Florence, Italy and was a war strategist during the renaissance. In one of Niccolo’s books, there is a section that explains how a fox can defeat its enemies. Foxes achieve this by faking their own deaths.

Now, if you rearrange the letters in Makaveli, you can turn it into “AM ALIVE K” what does the K stand for? It is believed that it stands for Kasinova Tha Don. This is a rap artist whose lyrics and voice sound strikingly similar.

But why come back as Kasinova instead of Makaveli? Well just like Makaveli was a reference go Machiavelli, Kasinova is reference Giacomo Casanova. Giacomo was a writer in Venice in the 1700s.

After he was exiled from the republic of Venice, he started signing his works under a fake alias so that his works could pass into Venice. Tupac is using a fake alias and is producing music through Kasinova. Don’t believe me? Listen to Kasinova Tha Don. He sounds like Tupac.

Interestingly enough, Tupac refers to Casanova in 1991 in his song “I don’t give a fuck.” He says, “I bust a move as smooth as Casanova. So Tupac is actually alive?

To make things even weirder, Kasinova has collaborated with Hussein Fatal and Young Noble in his music. Who are these people? They are both apart of Tupac’s rap group called Outlawz.

Why would they collab with someone who’s trying to continue Tupac’s music and legacy unless it was actually Tupac? The answer: they wouldn’t. 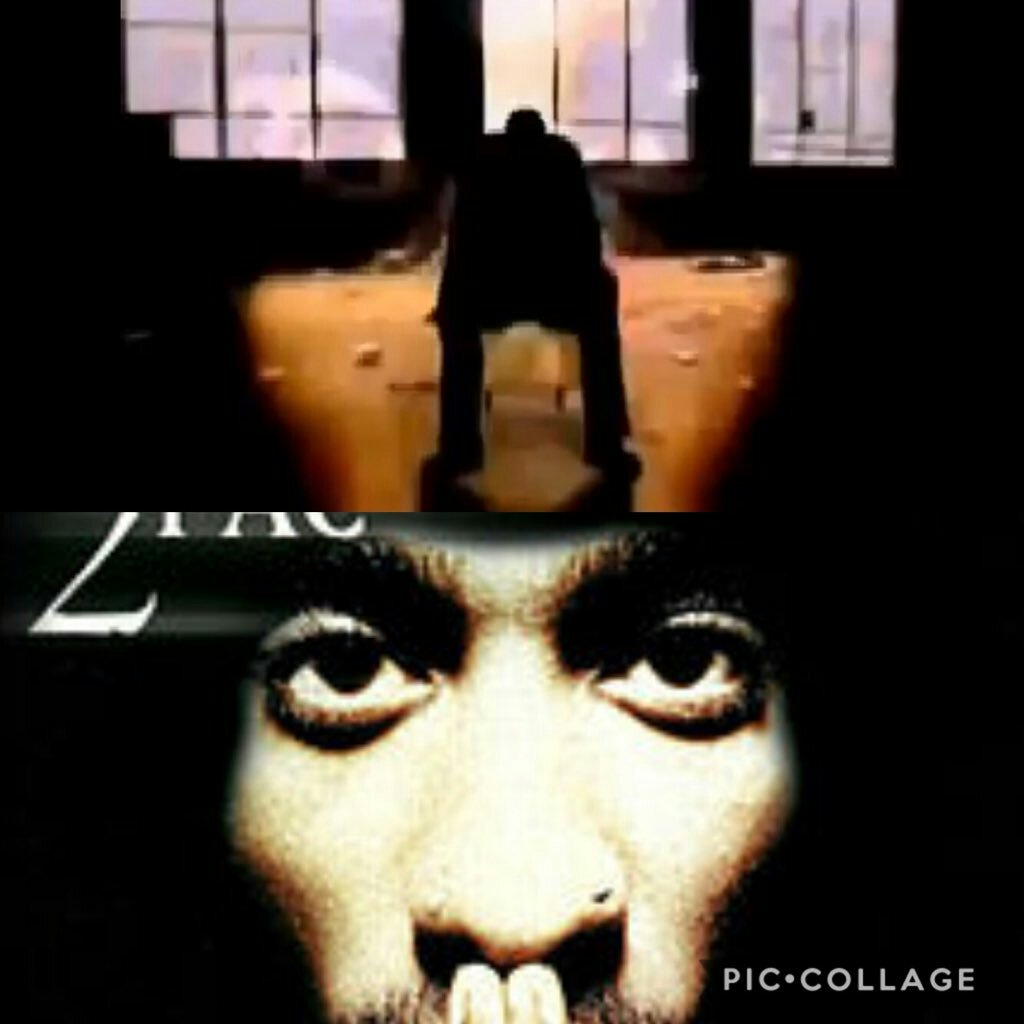 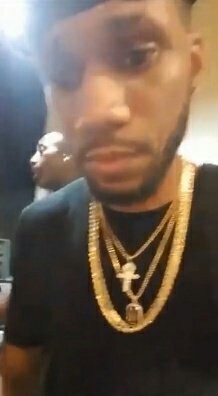 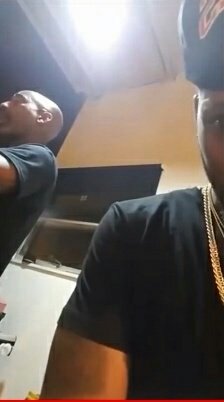 Conclusion: Tupac faked his own death to get away from the dangers of the rap game. He hinted at it in many of his songs.  In order to continue to make new music, he puts it out under a new alias: Kasinova the Don.

Will Tupac ever return? Or will he live the rest of his life in hiding. I guess we’ll have to wait and find out.