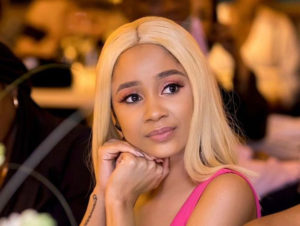 Sister Deborah Reveals The Official Release Date And Cover Art For Her Upcoming EP. Ghanaian musician and Model Sister Deborah finally blessed fans with some good news Hours ago. The African mermaid decided to quench the thirst of her fans by announcing the arrival of a new EP titled ” The African Mermaid”.

She made the revelation via her Twitter handle on a glorious day as well. Fans were left with mixed feelings about the early announcement of the EP which is slated for the 13th day of March which is exactly a week from it’s announced day.

The controversy surrounding the release is the many question marks raised about how and why she decided to announce the EP on the glorious day her ex boyfriend Medikal was getting married. Perhaps to get her mind off the wedding of a guy she broke up with 2 years ago.

The day also comes as a good day as the spotlight was on her with almost every eye on her social media handles awaiting her to pass a comment. Instead of a comment about a wedding that got nothing to do with her, she gave them the release date and cover art to her upcoming project. 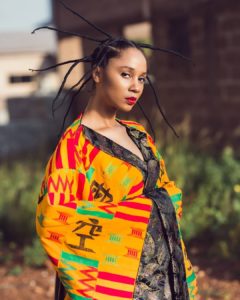 A real smart move indeed. Just in case you need another look here’s the tweet. Sister Deborah Reveals The Official Release Date And Cover Art For Her Upcoming EP.

Visit basextra.com for more entertainment news across the world