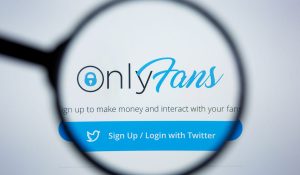 Cardi B, Bella Thorne And Other Celebrities Making Unbelievable Money On Only Fans. Blad Chyna definitely dominates when it comes to her social media following. On Instagram, she has 16.3 million followers and has also been making a lot of funds where she charges $900 for FaceTime calls with fans.

Now, Chyna is making even bigger bank on Only Fans. Casanova and Erica Mena shared a photo that has been floating around of the top highest earners on the site. Chyna leads the way with $20 million per month. Casanova is at a little under $1 million.

No. 2 on the list is Bella Thorne and the third spot goes to Cardi B. Cardi does not post sexual content as many do on the site but instead, gives fans behind the scenes contends and also goes live. Chyna always displays her sex appeal on social media but on OF, she takes it to another level and the revenue shows that for sure. Take a look at the full list of top earners at Only Fans below. Cardi B, Bella Thorne And Other Celebrities Making Unbelievable Money On Only Fans.

Continue Reading
Advertisement
You may also like...
Related Topics:Onlyfans richlist

Breaking : Kendrick Lamar Reportedly Leaves TDE
Details : Cardi B Accused Of Lying About Age and Having Baby In 2011
Advertisement