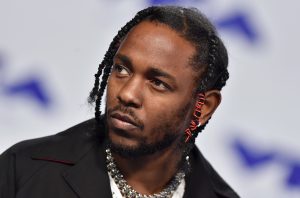 Breaking : Kendrick Lamar Reportedly Leaves TDE. There are some rumors floating around the internet suggesting Kendrick Lamar has left Top Dawg Entertainment in favor of focusing on his pgLang imprint with former TDE president Dave Free.

On Monday (October 5), current TDE president Terrence “Punch” Henderson appeared to reply to the chatter via Twitter, writing, “Smh can’t even try to be mysterious and vague in my tweets no more…A rumor gets halfway around the world before the truth get it’s shoes on. Lol.”

A rumor gets halfway around the world before the truth get it’s shoes on. Lol

According to an Antixbound live stream, Kendrick’s pgLang roster includes himself, Baby Keem and Jorja Smith, among others.

– Kendrick left T.D.E and went to pgLang, along with Baby Keem and a few other people

Kendrick has released four studio albums under the TDE name, including 2017’s Pulitzer Prize-winning album DAMN. While his thirsty fans await a follow-up, the elusive MC has been spotted around Los Angeles in recent weeks, seemingly shooting a music video. However, no update on what would be his fifth studio album has been provided since May, when Punch said “King Kendrick will return soon.”

K. Dot and Free announced pgLang in March, which included a colorful visual featuring cameos from Kendrick, Keem, Jorja Smith and Yara Shahidi along with new music from Florence Welch and Kamasi Washington.

The pgLang website lays out the imprint’s mission with, “pgLang is multilingual. Our community speaks music, film, television, art, books, and podcasts — because sometimes, we have to use different languages to get the point of our stories across. Stories that speak to many nations, many races, and many ages. That is why our writers, singers, directors, musicians, and producers break formats when we build ideas and make them real for the curious.”

HipHopDX reached out to TDE’s camp and is waiting for an official response despite getting another “LOL” from Punch in response to an inquiry.Breaking : Kendrick Lamar Reportedly Leaves TDE.

There Are No Rappers In Nigeria – Ghanaian Rapper Amerado Reveals

Reggie Rockstone Endorses Amerado As One Of The Best Rappers In Africa
Cardi B, Bella Thorne And Other Celebrities Making Unbelievable Money On Only Fans
Advertisement