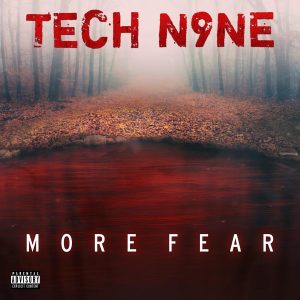 This week, he turned some heads by performing in front of a packed-in crowd, ignoring social distancing guidelines and going through with the concert. He played some of his new songs, which are officially out now as part of his MORE FEAR project.

He’s been teasing the project all week, including one song that initially had three mystery features. Now, we know that the track in question, “Bitch Slap,” features the lead vocalist from Slipknot, Corey Taylor, GreatDaeg, and Hopsin.

Listen to the new project, which is one of many this year from Tech N9ne. What’s your favorite song on it?