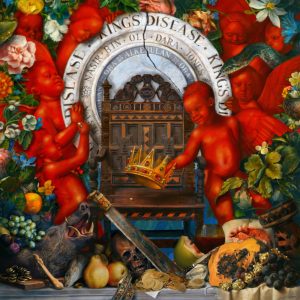 Nas – King’s Disease. Nas Delivers “King’s Disease” With Hit-Boy, Big Sean, Don Toliver, The Firm, & More. One week after sharing his lead single “Ultra Black,” Nasir Jones has returned with King’s Disease. The acclaimed rapper is hailed as one of the best emcees to pick up a microphone, and on his latest project, he holds onto his top tier rap status proudly. King’s Disease, a collaborative effort with Hit-Boy, is a project that longtime Nas fans will appreciate. The rapper also links with many rising artists in the game along with other established artists who have paid their chart-topping dues.

Hit-Boy spoke of wokring with Nas and stated, “Just being able to be in the studio with him was an honor, for sure.” King’s Disease hosts looks from Charlie Wilson, Big Sean, Don Toliver, Lil Durk, Anderson .Paak, Brucie B., The Firm (AZ, Foxy Brown, Cormega), Fivio Foreign, and A$AP Ferg. Stream King’s Disease and share your thoughts.