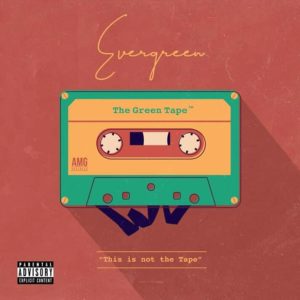 EverGreen – The Green Tape. The Green Tape is the debut Extended Play (EP) of Ghanaian Rapper and Singer EverGreen who hails from Takoradi which is no doubt the most gifted city of Ghana.

Released on the 29th of February 2020,The was warmly welcomed by fans and critics. EverGreen who has been signed unto Ghanaian Rapper and business mogul Criss Waddle’s AMG Business record label put his fans on suspense with months of anticipation for the project.

The production of the tape was handled by buzzing Producer Swit who has been th for a genius mind behind the production of several works across the nation. Other executive producers include Eben Krampah and Bruno Bruno.

Side B also comes with 3 solid songs and a feature from fellow Takoradi based Rapper Kafui Chordz.

The tape is exclusively copyrighted to EverGreen music and Amg Business and digital distributed by Amg Business. 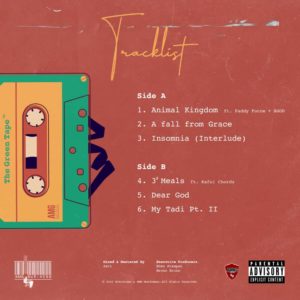 2. A Fall From Grace

Stream the EP below. EverGreen – The Green Tape