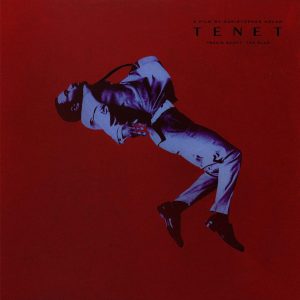 Travis Scott – The Plan. Few people have been more excited about Tenet than Travis Scott. Three days ago, the acclaimed rapper shared that he created a single to accompany the Christopher Nolan film, and everyone expected “The Plan” to arrive at the stroke of midnight on Friday (August 21). Instead, we received it 24 hours later, and it’s arrived in all its glory as Travis tweets away his enthusiasm with Nolan’s project.

“I’ve always wanted to do a song specifically for a movie so this shittttttt right here can’t wait to blasssssttttt at high volume,” he tweeted. “Feel like when I use to make music out of moms crib.” The pulsating single is made to be played loudly as it mimic a steady heartbeat, so stream Travis Scott’s “The Plan” from the film Tenet and let us know what you think.