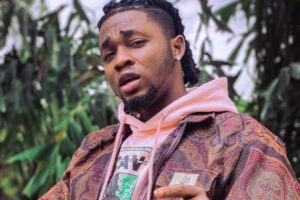 The Full Meaning of O.M.A.H.L.A.Y The Artiste Acronym. Omah Lay is an incredible young superstar whose music has a perfect way to connect and relate with Gen Z oftentimes. Although, a few of his artistry has also learned to link with the older adult demography. A track like” Godly”, off his sophomore extended play titled “What Have We Done”, could bring the adult demography towards a common ground to relate with Omah Lay’s music.

Whereas, several West African adults love Omah Lay for his “Godly” because he acknowledged his creator when it wasn’t all rosy in his career, now accompanying the glitz and the glam in between, Godly folds his genuine gratitude alongside. Well, I perfectly recall an adult fan who confessed affirming that he loves Omah Lay and has strong meaning from his music through Godly. No doubt, I believed him and moved on. 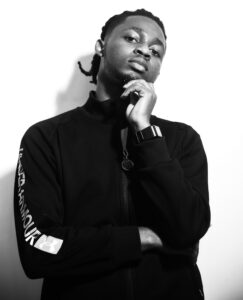 While a huge number of Omah Lay’s cult who are young adults and teenagers stalk around his addictive records like “Bad Influence”, “Ye Ye Ye”, “Can’t Relate”, “Understand”, alongside the most recent sequel, “Free My Mind” and many others which have ties and a stronger relationship with the Gen Z folks, because it has found a way through talking to their lifestyle, how they relate most especially with the opposite sex and exactly paints a picture of who and what they yearn for and represent.

Omah Lay has not given up speaking to this youthful demography often. So far, he dished two firmly poised records that haven’t lost placement to finding his audience and expanding with it. He even connected them with his ubiquitous “Understand” lately, sold-out venues for his concert in the UK and have headlined multiple shows with exhilarating performances.

He is the Port-Harcourt creator who has continued to become a motivation for other upcoming stars from his city, as he anticipates a homecoming concert back in Port-Harcourt city. He also looks forward to unraveling his debut studio album titled “Boy Alone”, and then in between, he is making his people more confident and proud to have him represent them.

I put together a lucid acronym that portrays the image he represents through his music, and what he has become over the few years well spent in the Nigerian music landscape. Last year, he was detained in Uganda after breaking COVID-19 protocols headlining a concert alongside Tems. This artiste acronym episode 05 for the super talented Omah Lay, is open to the collective ideas of other creative pop culture writers or contributors.

O – Originality:
Originality is the framework of Omah Lay’s music. Through a saccharine-like vocal texture and artistic presentation, assemble an exceptional star of him. He understands how to flow through a record without missing the touch of every corner of the sound to which he is introduced, even on freestyles he delivers aptly and races after preserving his originality in between. His talents are equivalent to the Starboy.

M – Maestro:
Call or refer to him as one of the maestro’s of Afro-pop music and you won’t be wrong at all. Every culture enthusiast would back you up and if you show them these stories, and present it with a collection of Omah Lay’s artistic catalog, you are right once more and deserving of every accolade. Try it and you would see. He is an Afro-pop maestro in a bold format.

A – Ardent:
Ardent or creators with great Zest are usually the exceptional ones. Remember what the “Z” in Big Wiz’s acronym signifies – Zest, which formally inputs enthusiasm or passion upon the sounds he creates. Well, it could be related to Omah Lay as well. As Omah Lay’s music doesn’t lack the Zest flavor.

H – Homage:
Omah Lay’s art usually pays homage back to where he grew. Through the structure and style of the music he usually presents, drawing from the culture of his city and eventually, he keeps paying Homage in between by introducing the culture and lifestyle of core Port-Harcourt people to the world.

Upon his delivery on Olamide’s “Infinity” off “Carpe Diem”, he calls the mind of Port-Harcourt inhabitants back to somewhere he might have experienced and has been in Pitawka (Port-Harcourt). Through a variety of Omah Lay’s records is an amazing way to pay homage as a creator with the potency of clearly influencing pop culture with the lifestyle and culture of Port-Harcourt people.

L – Love:
Omah Lay also has found love through a bunch of his artistic expressions. Sometimes his love and relationship life is always complicated and could become devasted in the music. But then, love is always present and complacent in between his music. “Damn” off his debut EP, was coined in and out of expressing true love. He talked about how his woman embellished on him without minding his pauper state. He sang that love was strong. “Damn” unlocked that part of the emotion and true love from his art.

Meanwhile, Omah Lay is a loverboy and he closely expressed the same nature in “Free My Mind”, which becomes due to his current state of mind and experiences as a young star. Although the love he gained on “Free My Mind” was more of fandom than true love, yet, Omah Lay understands how to story love tales perfectly.

A – Agog:
Imagine a desire or a great excitement as you represent an Omah Lay cult. I have watched his stage performances and experienced an agog, the exhilaration in between that flows from heated fans through the music he puts out. He makes them a strong desire which bonds them to his artistry strong enough to keep them thrilling and going on wild. His stage performances are always like a bond with himself and fans alike.

Y – Youthful:
Omah Lay’s music often communicates well with the youth demography. How he layers them something complacent to the life they live and experiences they’ve had or have kept them in one point basking on and on. They radiate his music, sing along to it, dance, and scream along feeling so connected with it.

In conclusion, Omah Lay’s music gives youth folks all the chances to be themselves. And in between it all, his music has also become a voice to express exactly how they feel from deep down, within. The Full Meaning of O.M.A.H.L.A.Y The Artiste Acronym.